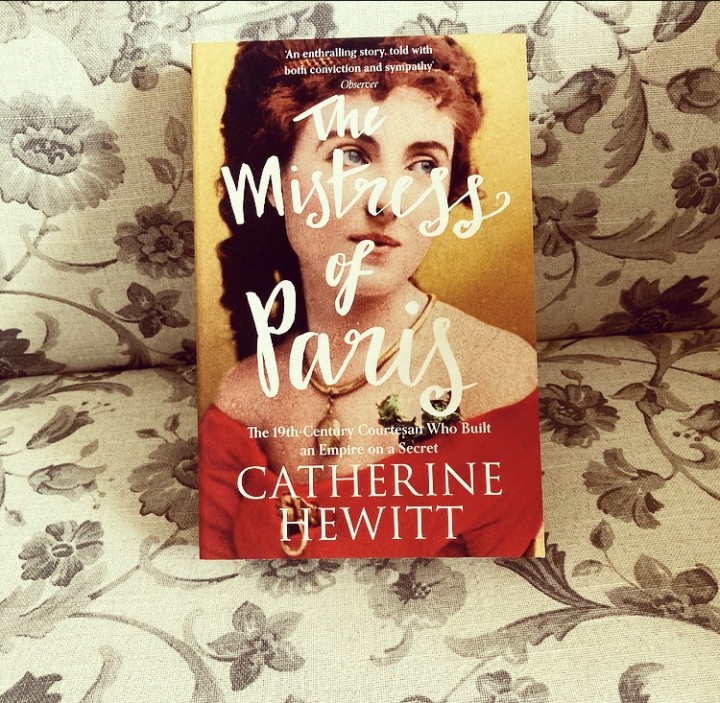 Ah, the French in the nineteenth century. An era for Parisian women unlike no other – and this book explores the turbulent time period beautifully. Even with the citizens of the capital so insistent on a cool insouciance in the streets, Hewitt depicts an under-layer of ferocious passion towards cultivating society’s manners and taste. Young women hastened from provincial landscapes to the cities in search of education and pleasure (even if delivered secondhand, from the men they married). Village girls were said to forget their virtues, developing instead a thrill for independence. There was a heightened demand for labour, and commercial development saw many workers move from the countryside to Paris for want of a better future. Such was the ideal in the mind of Emilie Delabigne, the mother of the nineteenth-century courtesan Hewitt writes about. Paris is not romanticised in this story – there were theatres, dance-halls, operas, ballets and cafes, yes, but also a necessity for prostitution and alcoholism.

Paris may have had a splendour that dazzled the population of almost one million people, but Emilie did not live amongst the lavish metrapolis. She did not even have time to transform into La Parisienne, the kind of woman young girls idolised and envied. Her daughter Louise’s early life did not begin in the Parisian bourgeoise, as Emilie was unmarried when she gave birth, which was a scandal in nineteenth-century France. She knew she could not return to the countryside of Normandy after such an event, but a woman like her had a sense of duty towards her family and quickly took responsibility for her unborn daughter. When Louise finally made an appearance in 1848, there was gunfire in the city, and Louis – Philippe I had abdicated hastily. There were no moments of intimacy with her already married lover for the young country girl, who had so recently went through the upheaval of moving to the city. She gave birth as a single woman in poverty, to a daughter who would learn that a woman’s success was measured by her abilities to seduce a rich man.

Louise looked like a child of the pre-Raphaelites, with her auburn hair and blue eyes. She quickly realised, as she grew up playing in the streets, that ‘survival depended on how you interacted with others’. This is the compelling tale of a young woman who had the gifts of beauty and charisma, manners and elegance; a woman who cultivated taste by studying those around her carefully. The young woman escaped poverty and corruption through disguising herself as a woman who could cherry-pick lovers, someone with good manners, grace and style. This was the necessity for a woman born into a single-parent family in mid-century Paris; as the warning that floated around the streets went, ‘Vice is seldom clad in rags in Paris.’ Louise became a lorette first, which was a modern form of a prostitute at the time; women who commanded Parisian societies and went out to cafes with educated men during the atmosphere of joie de vivre. During the economic boom in the reign of Napolean III, the world capital was captivated by frivolity and pleasure.

Hewitt, whose books also include Renoir’s Dancer, wears her studies into history lightly, and this enjoyable read will transport you to a time period that is dazzling yet corrupt, freeing yet oppressive, empowered yet sexist. I picked it up from Topping’s in Edinburgh and read it cover to cover, enjoying every page of the lyrical prose, and I’m sure you will too.